The Warren Avenue Playfield Renovation Project is the result of an extensive community-based planning effort led by City Staff and the Parks & Recreation Commission. Beginning in 2012, the Parks & Recreation Department began updating the Parks, Recreation & Open Space (PROS) Plan (adopted in 2014) wherein the Warren Avenue Playfield renovation was identified and recommended as a high priority. The project continues to be identified as the top priority in the updated PROS Plan (scheduled to be adopted by City Council in February 2020). The project has been directly shaped by community involvement through an interactive website, numerous meetings with stakeholders, and public meetings conducted by the Parks & Recreation Commission.

The site contains an unpaved parking area, rotted wood light poles located within the field-of-play, weathered chain link fence up to 25’ tall, substandard restroom built in the 1950’s, and swings located near the City’s busiest traffic intersection. Currently no part of the park is ADA accessible.

The estimated cost is $1.3 million dollars and is primarily grant funded comprised of a $500k Recreation and Conservation Local Parks Grant, $350k Recreation and Conservation Youth Athletic Facility Grant and $201k Department of Commerce Grant. The remaining funding consists of City match and $36,000 of private donations currently being raised by the Warren Avenue Pee Wee Association through a buy-a-brick campaign. Learn more by visiting: www.bricksrus.com/donorsite/wapeewees.

On February 11th, an invitation to bid was published in the Kitsap Sun and Seattle Daily Journal of Commerce. The work to be completed under this contract consists of demolition, earthwork, construction of subdrains, curbing, concrete pavement, concrete slabs, seat walls, block walls, asphalt pavement, striping, signing, storm drains, sanitary sewer, and water service. This contract also provides for the construction of a pre-engineered picnic shelter and restroom and installation of a City-provided field lighting system. The bids for this work will be publicly opened on March 3rd and Notice to Proceed will be given after the contract has been executed and the Contract Bond/Insurance has been approved. Once construction dates are confirmed this website will be updated with the Project Schedule. 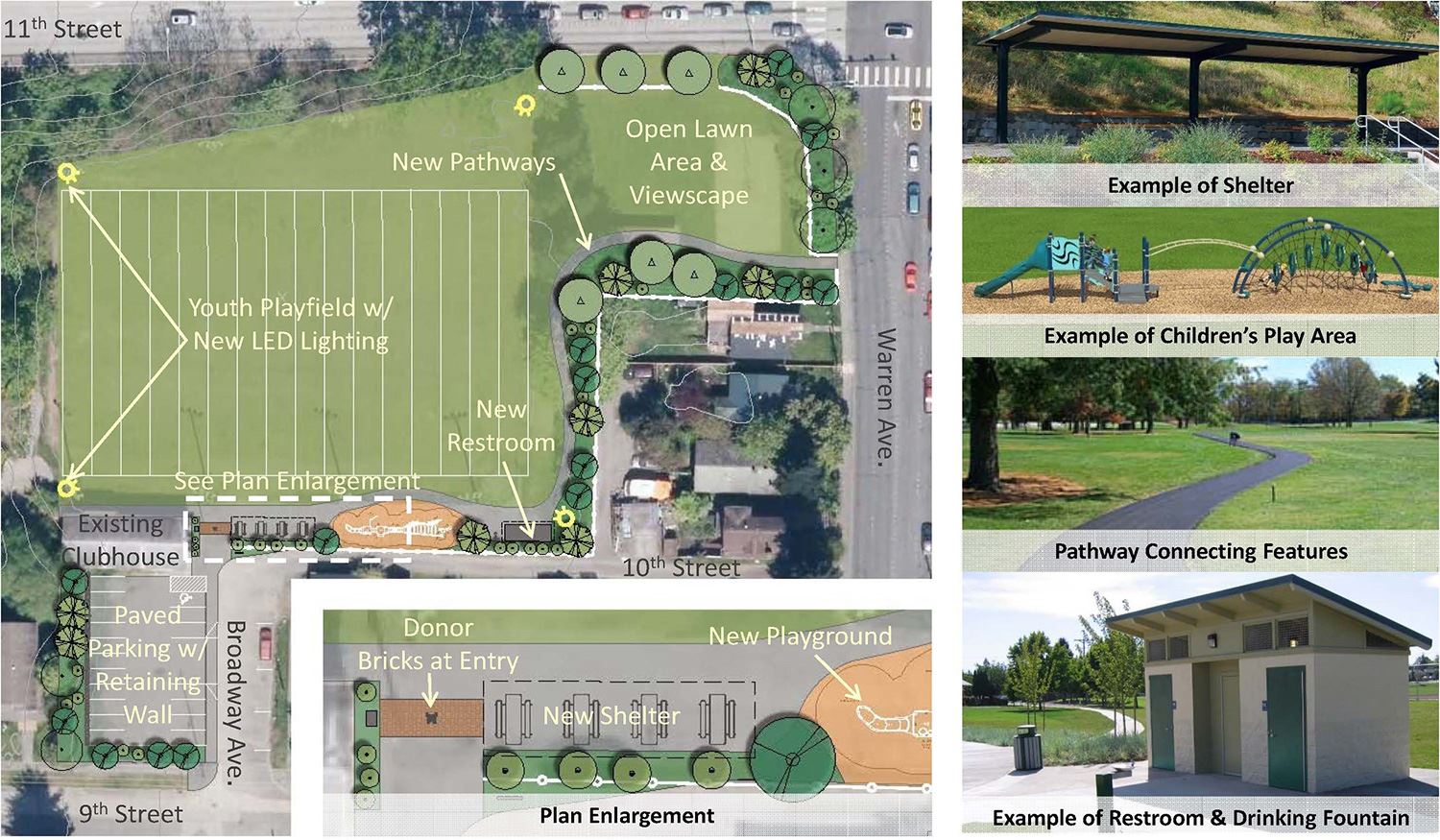