The City of Bremerton adopted, effective January 1, 2017, the 2012 (as Amended in December 2014) edition of the Stormwater Management Manual for Western Washington (SWMMWW) as the guiding criteria for the planning, design, and construction of stormwater facilities in Bremerton. The SWMMWW governs both public and private development projects, within the city, as required by the National Pollutant Discharge Elimination System (NPDES) Phase II Municipal Storm Water Permit.

Effective January 1, 2017, Low Impact Development (LID) is the preferred and commonly-used approach to site development. A year-long review of existing City plans, codes, and manuals was completed in 2016.  Conflicts with new regulations were identified and changes were adopted to support LID in new and redevelopment in Bremerton.  The changes minimize impervious surfaces, preserve native vegetation, and reduce stormwater runoff in all types of development situations. This action is a requirement of the NPDES Permit.

The City has adopted the Low Impact Development Technical Guidance Manual for Puget Sound (LID Manual), developed by Washington State University and Puget Sound Partnership, as the guiding criteria for planning, design, and construction of low impact development facilities in Bremerton. The Manual governs both public and private development projects within the City and accompanies the SWMMWW as the guiding policies for stormwater control in Bremerton. The Kitsap County Stormwater Management Manual for the hydrologic analysis and design of stormwater infrastructure, not covered by the SWMMWW, was also adopted in 2016.

The National Pollutant Discharge Elimination System (NPDES) is a federal permit that regulates stormwater and wastewater discharges to waters of the State.

Since the passage of the Clean Water Act (CWA, 1972), the quality of our nation's waters has improved dramatically. However, despite this progress, degraded waterbodies still exist with the leading source attributed to polluted runoff. In 1990, Phase I of the U.S. Environmental Protection Agency (EPA) stormwater program was implemented to provide NPDES permit coverage for municipal separate storm sewer systems (MS4s) serving populations over 100,000.

The Stormwater Phase II Final Rule program expands the Phase I program by requiring smaller operators of MS4s - generally those serving populations less than 100,000 such as the City of Bremerton - to implement programs and practices that control polluted stormwater run-off. While it is a federal permit, regulatory authority is delegated to Washington State Department of Ecology (DOE). 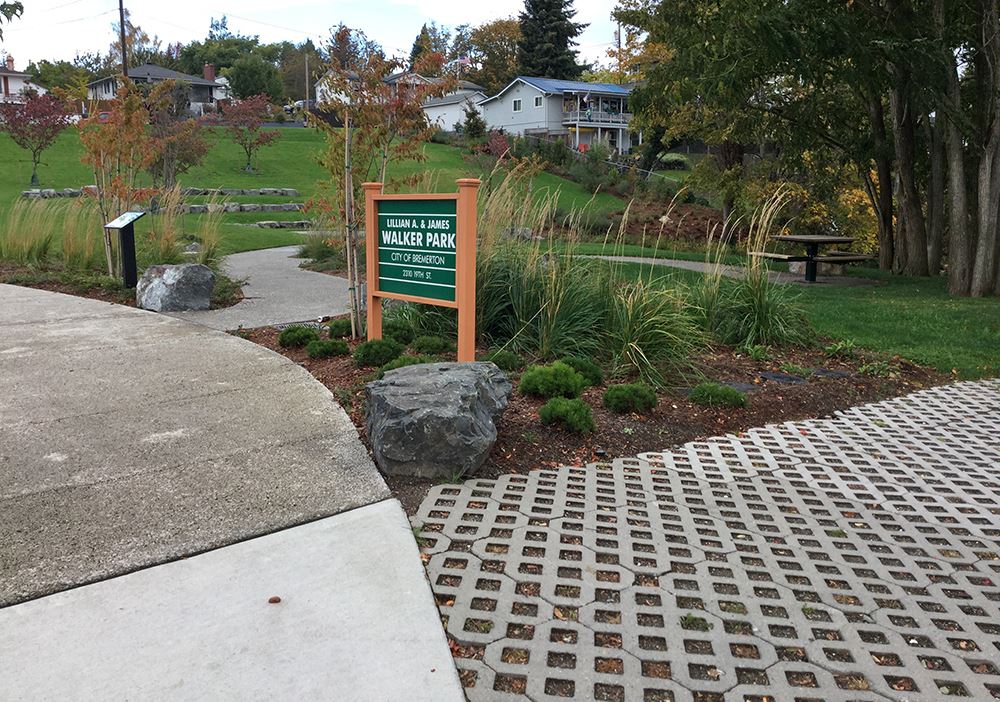 The NPDES Phase II Municipal Stormwater Permit for Western Washington was issued by the Department of Ecology in January of 2015. The permit requires that all affected municipalities create and implement a Stormwater Management Program (SWMP) which addresses 6 required program elements that collectively result in significant reductions of pollutants discharged into waterbodies. The 6 program elements, also known as "minimum control measures," include:

The City of Bremerton's SWMP summarizes the planned actions for the year to fulfill its obligations as listed in the Phase II Municipal Stormwater Permit.

Each section lists a short description of the control measure, the existing or proposed activity to fulfill the measure, and the method used to account for expenses in developing and implementing the required program. The City-wide program is administered by the City of Bremerton Public Works and Utilities Department, except where otherwise noted.

We invite comments and suggestions to parts of the SWMP or ideas that would benefit your area. The city has created opportunities for public participation in the development, implementation, and update of the SWMP and encourages public comment and participation. Events such as City Council meetings and other publicized activities will be posted on this website, in addition to annual stormwater reports and latest updates to the SWMP. Please take a few moments to give us your feedback by submitting an online survey.